Prague is my new home town, and for the first time, I would love to share with you this amazing and lovely city.

This is the most famous architecture and the most visited tourist destination in Prague. The stone bridge was built in the 15th century as the only means to cross the Vltava River until the 1800’s. Currently it’s filled with various vendors and performers for the thousands of tourists that visit. There are plenty of boat rides year round as well as restaurants situated by the river to offer the best views of the bridge. The tower itself is worth visiting too, which is adorned with many statues and a small museum with grand and grisly tales that takes you all the way up top floor of the tower.

The intricate clock is actually the oldest currently operating clock in the world built in 1400’s, surviving through many wars throughout history. The clock attracts a crowd every hour when the mechanical figures on the clock start animating. The Old Town Hall is also worth visiting. It has a museum inside as well as a visit to the top floor with the best view of the Old Town Square.

The astronomical dial is a form of mechanical astrolabe, a device used in medieval astronomy. Alternatively, one may consider the Orloj to be a primitive planetarium, displaying the current state of the universe. The astronomical dial has a background that represents the standing Earth and sky, and surrounding it operate four main moving components: the zodiacal ring, an outer rotating ring, an icon representing the Sun, and an icon representing the Moon.

The oldest castle in the world according to the Guiness World Book of Records, the construction started in 870 and is currently occupied by the Czech president. The castle is about 70,000 square meters and you can visit most of the complex, including the St Vitus Cathedral and Old Royal Palace. There are plenty of museums and cafes to relax in after a guided tour of the area.

You can’t visit Prague in the winter without seeing the magical Christmas Market in Old Town Square. This time of the year, hundreds of red-roofed wooden stalls are erected around the large Christmas Tree selling anything from hot wine and roasted chestnuts to hand made toys and crystals. Here you can catch a carriage ride while enjoying the carols being sung around the heart of the city.

Technically a restaurant, but most come for the entertainment. You are led to a dark dungeon lit only with real candles. Every 20 minutes or so, you get a couple of performers that dance or do a show along with traditional music. You sip on drinks while nibbling on the traditional Czech dishes and the atmosphere is quite uplifting and social – some of the performances require dancing with other diners!

During winter, many parks are transformed into an ice skating arena. The most well known tower is the Zizkov TV Tower which boasts height as the tallest building in Prague and ‘ugliness’ with the climbing baby sculptures. There is also an observatory on top as well as upscale restaurant and bar as well as the One Room Hotel.

Czech Republic is surrounded by mountains that transform into white capped ski resorts in the winter. If you’ve got a free weekend you can drive for 90 minutes and ski for as low as 5 euros per day. There are some companies that offer the full service for even half a day – transport, ski rental, and passes included.

Spa on a Boat

Another cool thing to do is hang out on a boat in the Vltava River while …enjoying a relaxing day of sauna? You read that right, in Prague there’s a boat fully equipped with spa gear with windows facing the river. You can book it by half hour increments any day of the week.

Czech Republic has a long history with beer, since the monks first brew beer in 993 in Prague. The Czechs drink most beer than any other country in the world, as some beers are even cheaper than water.

You can hire a guide to do a beer tour in the city. They help you navigate through different pubs and breweries to sample different types of beer as well as education and lessons in brewing your own.

What better than to relax in a hot tub of beer while sipping on beer on a cold day? You can soak inside a large tub of bubbling jacuzzi filled with beer, hops, and yeast and enjoy a cold pint of beer from the tap located within reach from the tub. Then lay out on a haystack to dry off and finish the beer.

With an extensive beer culture, cheap prices, and beautiful women it’s no wonder Prague is well known for its nightlife. During the day families bustle and during the night the party-goers fill the streets. 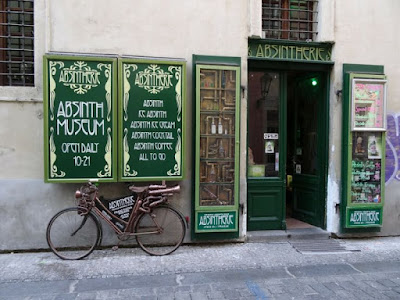 If you walk around the city, you’ll notice souvenir shops here and there selling various kinds of absinth. Note this is different from the traditional “absinthe” and is usually served lit with fire. Absintherie is a bar and museum that serves various Czech absinth where you can sip while enjoying music and the walls decorated with hundreds of bottles of absinthe. 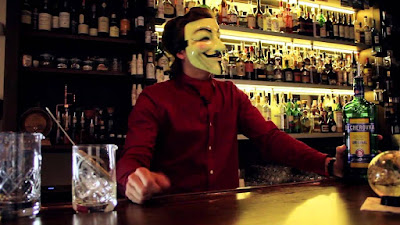 Inspired by V for Vendetta, the bartenders wear Anonymous masks to serve creative drinks. You need to solve puzzles to gain the password to access the secret menu. 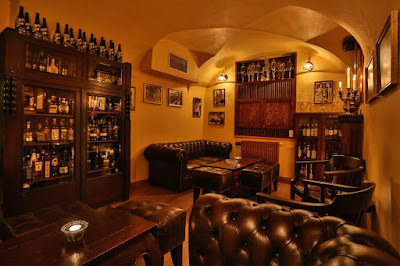 The top rated bar in Prague that serves unique cocktails in an upscale setting. Reservations are highly recommended as the bar is quite popular. The sister 1920’s inspired bar called Cash Only Bar is also not too far, and the staff will recommend waiting there. They also serve great cocktails as well as live music entertainment. 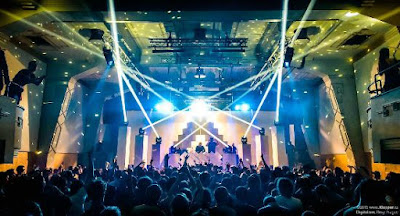 One of the best known nightclubs in town, Roxy is home to thousands of music lovers who come to dance the night away. They offer their stage to various musicians and DJs every weekend. 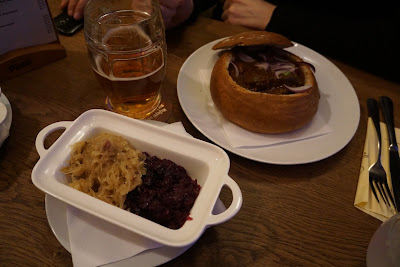 This is a great place to sample a good selection of top quality beer while getting a taste of some traditional Czech foods. Goulash and roasted duck are my personal favorite, which are a perfect for the chilly winter weather. 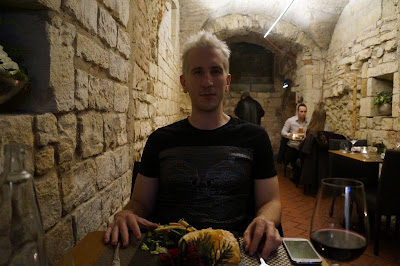 This place is a really nice restaurant in the heart of Old Town, located in a 12th century underground vault. They serve a mix of traditional Czech food as well as more modern versions with similar ingredients.
Bonus: they have their own bakery connected to it at the ground level, which makes some of the best pastries in town as well as our favorite Trdlnik. 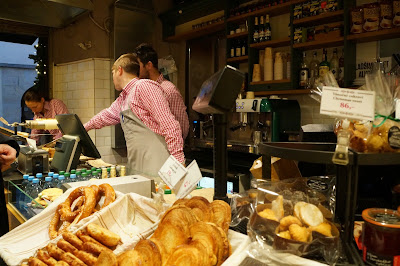 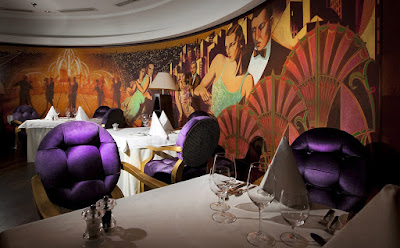 One of the two 1 Michelin starred restaurant in the City. The experience there was flawless service with a creative menu that was perfectly executed. The menu is flexible unlike other upscale restaurants, where each diner can decide to order between 4 to 7 courses in a build-you-own-menu style. 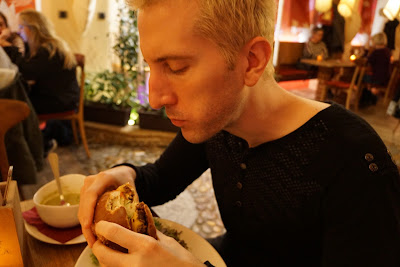 Czech food is mostly a heavy meat-and-potatoes type of meal with little to no fresh vegetables. But a few vegetarian and vegan places have popped up recently offering surprisingly delicious Czech fare made entirely of non-animal parts. Their ‘meat’ goulash is tasty as well as their burgers and fresh pressed juices.
mpontiac 2016-12-14T16:43:49+01:00